Mary Shelley, famous for “Frankenstein”, is known as the founder of the science fiction genre. For all these decades. A scientist built a monster who was the end of him (the scientist); the irony of the story gave it fame in Europe. The story has been read or seen by many since. On her birthday, bing presented a wallpaper of her castle. Here is a watercolor painting, a photo of one, inspired by the image of the castle. The background clouds were an attempt to utilize a gouche, brush, ‘cloud-making’ technique, of ‘perceived’ Asian origin. The flower in the clouds attempts to approach the semblance of an orchid. Thank you for viewing the photo; I hope you have the time to read a few of my stories, too. 🙂 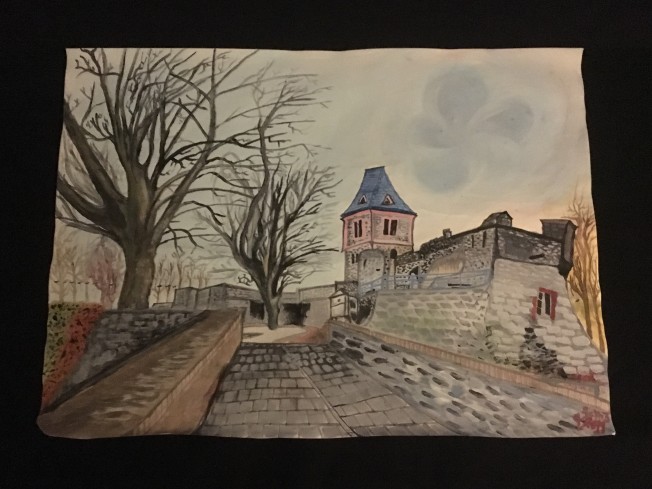 Inspired from an image on bing dot com presented on Marry Shelley’s birthday, “Shelley’s Clouds” presents a slightly visible ‘orchid’ cloud attempted to be painted with ‘Japanese Gouche’ technique. She ‘founded’ the science fiction genre with “Frankenstein”, a story whose irony became its way to fame.

we appreciate you thoughts... Cancel reply

I was a happy participant. :)